Free Shipping on orders $25 or more (USA only)

On our blog this summer, we’ve been focusing on the importance of sunglasses and how they can protect your eyes from harmful UV rays that could lead to photokeratitis, or sunburn of the eye. Have you ever wondered, though, who was the first person invent eyewear to block the sun’s rays?

The earliest form of sunglasses may have been created to ease the strain on the eye that’s caused by bright environments. According to Windows to the Universe, the Inuit people, whose lineage dates back to the Alaska area in about 1,000 A.D., wore shades over their eyes made from walrus ivory with small slits sliced in them. They were worn to prevent snow blindness, which we know today as a specific form of photokeratitis.

In 12th-century China, sunglasses were made from flat pieces of opaque quartz, which doesn’t have the power of today’s coated lenses to block UV rays, but definitely cut down on glare. Glasses History says that there is also some evidence that judges in ancient Chinese courts wore similar glasses to hide their facial expressions from witnesses they were interrogating.

Sunglasses as we know them today truly became popular during the rise of Hollywood. Just as many fashion icons have influenced our tastes over the years, early movie stars made sunglasses fashionable. According to Marie Claire, movie stars wore sunglasses to prevent people from recognizing them in the streets, and, due to the special film methods that were used, to hide the red eyes that they sometimes had after filming.

Since the birth of Hollywood movie stars, the story of sunglasses is one of mainstream fashion influences. More and more people began wearing sunglasses as a fashion accessory, and styles changed from the 1950s’ cat eye, a la Marilyn Monroe and Audrey Hepburn, to the bug-eye styles of the ‘60s (just check out an old photo of Jackie Kennedy Onassis). The big, plastic, flower-shaped ‘70s’ sunglasses can still be worn on special occasions, like Halloween, while teeny tiny frames were the hot things to have in the ‘90s, and nowadays, it’s all about the health of your eye. What do you think the trend will be in 50 years?

We’re glad the trend shifted away from those crazy flower-shaped shades and into the modern sunglasses that are all about fit, style, comfort and UVA and UVB protection. Check out all of our great styles for children and young adults, and order stylish new pairs of sunglasses for your family today! 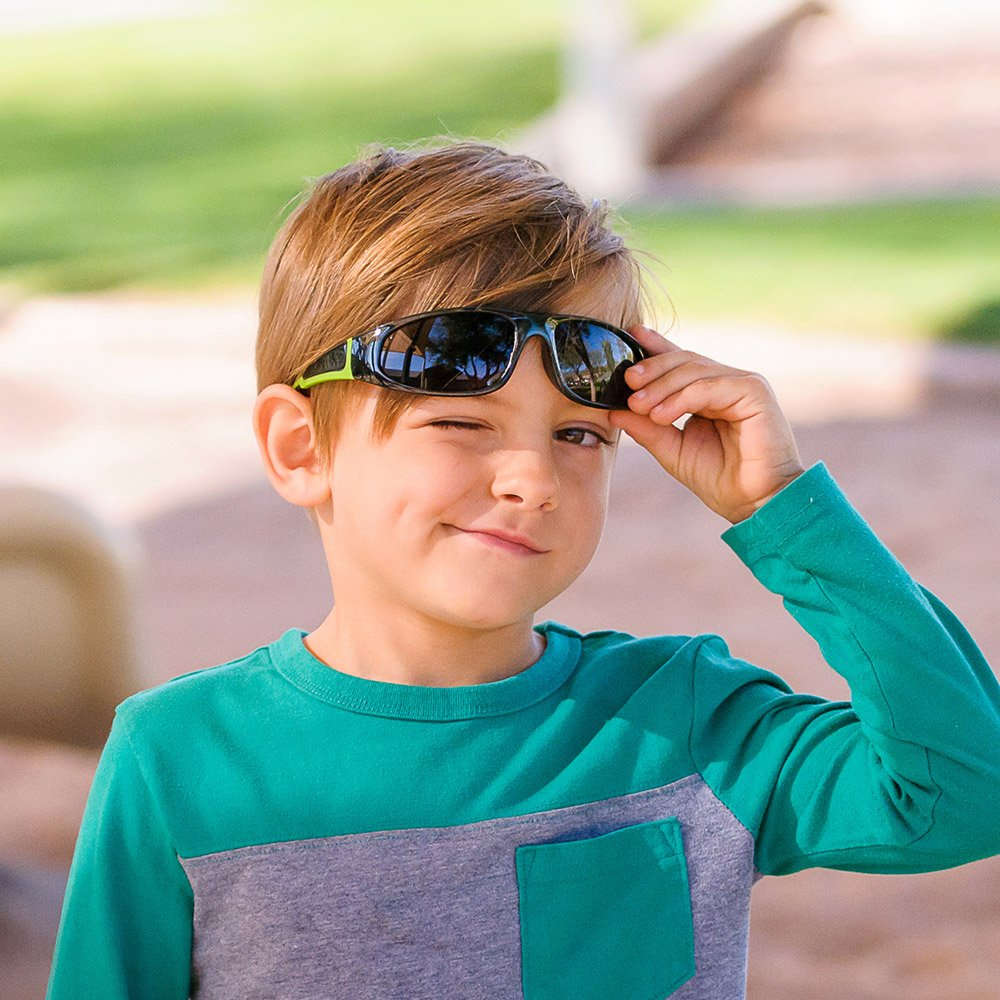 Heres 10% OFF Your First Purchase

You'll also join the Real Shades family and enjoy new product announcements, discounts, and giveaways.  Sign up on our newsletter to get your discount code right now!