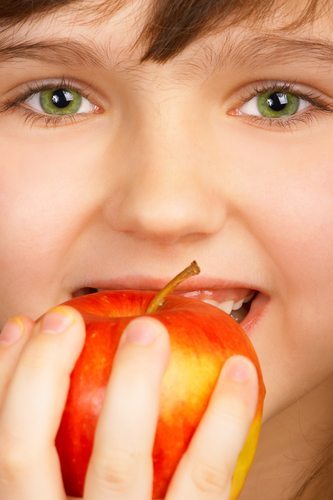 As a parent, you are probably aware of the growing concern among doctors about rising childhood obesity rates, which are at an all-time high. You are also likely aware of the large number of adult health conditions related to obesity, including several forms of cancer, heart disease, and type 2 diabetes. What you may not be aware of is the link between obesity and sight loss.

In December, USA Today reported on a study  that showed a troubling rise in uncorrectable vision loss. In the last six years, the number of American’s experiencing sight loss rose to 1.7 percent of the population, a 21 percent increase. That may seem like a relatively low number, but it adds up to more than 700,000 people who will never regain their sight.

What’s even more disconcerting is that the demographic with the largest rate of increase was people between the ages of 20 and 39 years. Researchers believe these changes are primarily related to type 2 diabetes which, along with obesity rates, has also been on the rise in the past six years.

Normally, it takes a decade or more for type 2 diabetes to cause sight loss. It’s this fact that has researchers and pediatricians concerned. Children who are overweight and obese have an increased chance of developing type 2 diabetes and will be exposed to the disease for a longer period over their lifetime than would an individual who developed the illness in adulthood. The researchers note that “young people diagnosed with diabetes-related eye problems face a lifetime of expensive care, which can include monthly injections of new biological drugs.”

But, the news isn’t all bad. Researchers and doctors point out that diabetic eye disease is best prevented using habits developed in childhood. Encouraging an active lifestyle throughout the year, including colder months, and instilling good nutritional habits while your children are young can set them up for a lifetime of healthy habits. Making and keeping regular eye appointments will also help you head off any developing eye-related issues before they progress.

As always, we recommend using top quality eye-wear for your children anytime they’re outside. You can read more about our doctor-recommended sunglasses for infants and children here.