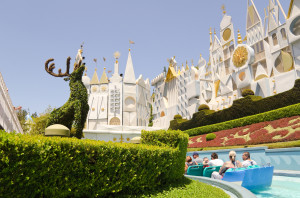 When it comes to amusement parks, Disney is the undisputed front runner. It is global and one of the places synonymous with amusement parks. The Disney Animal Kingdom is one such park under many other in the Disney umbrella that offers safari animal interaction. The park displays a wide variety of wildlife and petting zoos from different parts of the world. The park is situated in Orlando, Florida.

The park under another massive name is Legoland. The franchise and brand park is huge, and is situated in Carlsbad, California. It is a lovely place to spend the day with family and kids. The park offers water park activities, and also hosts a Sea Life aquarium with many exquisite displays.

This is one of the most expensive amusement parks across the country; however, many parents and kids think the experience is worth the price. The park has many popular sections modeled on famous and popular children’s books and films. For instance, the park caters to many Dr. Seuss fans with various sections of the book. It has also recently opened the replica of the Harry Potter world. Islands of Adventure is another popular theme park located in Orlando, Florida.

This is one of the most famous amusement parks for kids, especially due to the proximity and educational aspect the water park offers. It educates the kids about indigenous ocean life and also allows interactions with some of the captive animals. There are several locations throughout the US including Florida, Texas, California, Pennsylvania, and Virginia.