You’re in the lighting aisle at Home Depot, trying to find new light bulbs. You’re given two choices—standard light bulbs or LED light bulbs—which do you choose? Chances are you go towards the LED. Cheap, efficient, and long-lasting, light-emitting diode (LED) lights use only a fifth of the electricity than standard light bulbs. But now a new report finds that these energy-efficient, increasingly popular lights can be damaging to our eyes and overall health. 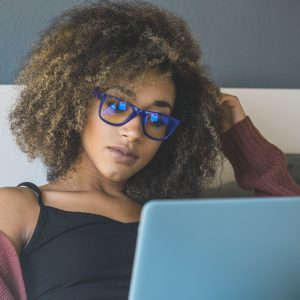 Blue light is a form of visible light found in most LED lights. According to a new report by ANSES, the French Agency for Food, Environmental and Occupational Health & Safety, it’s the blue light in LED lights that are harmful to our eyes, particularly to our retina. The report finds that short-term exposure to high-intensity LED lights is “photo-toxic,” leading to “irreversible loss of retinal cells and diminished sharpness of vision.” Long-term exposure to low-intensity LED lights is also a threat, leading to increased risk of degenerative diseases such as age-related macular degeneration.

They disrupt our circadian rhythm

LED lights in cellphones, tablets, and laptop screens also carry blue light, but they typically have such low luminosity they don’t pose a risk to our retina. However, that doesn’t mean they don’t pose a risk to our overall health. These back-lit devices can, according to ANSES, “disturb biological rhythms, and thus sleep patterns,” especially when used at night. Children and adolescents are particularly susceptible due to the fact that the crystalline lens in their eyes have not fully developed.

With the new-found dangers that LED lights pose to our health, it’s more important than ever to get the proper protection. Here at Real Shades, eye health is our number one priority. That’s why we provide a special brand of anti-blue light glasses that can protect your eyes from the harmful effects digital screens can cause.