When it comes to children’s eye health there are many myths that seem to be ingrained in American culture. Today we take on five common eye myths. 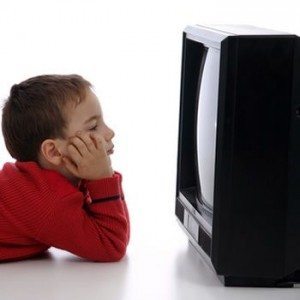 Myth: Sitting too close to the TV is bad for the eyes.

Fact: Although parents have been saying this ever since TVs first found their way into our homes, there’s no evidence that plunking down right in front of the TV set damages someone’s eyes. The American Academy of Ophthalmology (AAO) says that kids can actually focus up close without eyestrain better than adults, so they often develop the habit of sitting right in front of the television or holding reading material close to their eyes. However, sitting close to a TV may be a sign of nearsightedness.

Myth: If you cross your eyes, they’ll stay that way.

Fact: Contrary to the old saying, eyes will not stay that way if you cross them. If your child is crossing one eye constantly, schedule an evaluation by an ophthalmologist.

Myth: Computer use can damage the eyes.

Fact: According to the AAO, computer use won’t harm the eyes. However, when using a computer for long periods of time, the eyes blink less than normal (like they do when reading or performing other close work). This makes the eyes dry, which may lead to a feeling of eyestrain or fatigue. So encourage your kids to take frequent breaks from Internet surfing or video games.

Myth: The eye is full size at birth.

Fact: The eye is NOT full size at birth but continues to grow with your child. Althugh  This growth partially accounts for refractive (glasses) changes that occur during childhood.

Myth: Wearing glasses too much will make the eyes “dependent” on them.

Fact: Refractive errors (near-sightedness, far-sightedness, or astigmatism) change as kids get older. Many variables come into play, but most of this change is likely due to genetics and continues despite wearing glasses earlier or later or more or less. Wearing glasses does not make the eyes get worse.